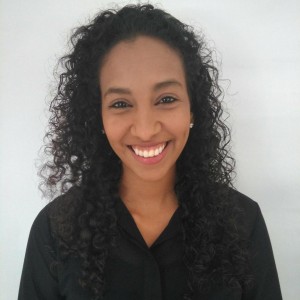 Are you thinking about studying in the U.S. but don’t know which major to pick?

You’re not the only one.

And not being 100% sure about what you want to study is actually one of the best reasons to go to the U.S.

Why? Because the system is set up to be flexible.

But to give you an idea of what’s possible, I’ll be sharing the top 3 majors students in our Epro 360 community choose.

Right now I’m writing this blog. But I’m also one of Epro 360’s University Coordinators, which means I spend most of my days finding the perfect business programs for our students.

You may not be surprised that business is one of our top majors. But what I love most is that even though many students choose business, each person’s background and goals are very different.

For Fall 2020, Philipp Schneider and Sabrina Fischer are two students who decided to study their MBA in the U.S.—University at Buffalo for Philipp and Clemson University for Sabrina.

Philipp, who lived in both Regenburg and Frankfurt, had always been interested in capital markets. He started his professional career working for a financial consulting firm and the global accounting giant Price Waterhouse Cooper (PWC). Even though he had a secure job, he knew that an MBA would be necessary if he wanted to reach a management position. And the University at Buffalo was the perfect choice for his goal of getting practical and hands-on training.

Sabrina on the other hand has always been passionate about cultural diversity and languages. So her goal was always to use her background in marketing and business to work in an international environment. She graduated from the University of Applied Science Koblenz and had the opportunity to intern at ZF Transmissions’ South Carolina Office. Not only did this internship convince her to get her MBA in the U.S., but this internship introduced her to people who graduated from Clemson University. So there was no doubt  in her mind that Clemson had to be on her list.

Sabrina and Philipp are two great examples of how the world of business can be combined with any of your other interests, whether it be accounting or international relations.

At a technical level computer science and computer engineering are not the same. But many of our students aren’t quite sure which one they want to specialize in and ask for universities that offer both.

Emilio Pérez de Juan from Spain and Johannes Dibbem from Germany, are two students who have shown that it’s possible to have a career goal that combines your major with other interests.

Emilio grew up in Gelves (about a 20-minute drive from Seville) but didn’t think twice when he got accepted into the computer engineering program at the University of New Mexico. Like Philipp, Emilio wanted to study in the U.S. because of the emphasis universities put on practical, hands-on learning. And once he got to the University of New Mexico he was not disappointed.

His first semester went so well that he even decided to double major in physics (a subject he hated as a high school student). Emilio’s decision to double major in computer engineering and physics shows how studying in the U.S. not only opens up new doors but even old ones that you thought were closed for good.

In Johannes’ case, he went a bit more north and chose to get his master’s in computer science at CU Denver. His interest in software development is why he chose to study computer science at the University of Applied Science. But also a member of Germany’s Junior National Gliding Pilot Team, he combined computer science with flying to build a search engine for “finding, analyzing and comparing tracked glider flights.”

This passion project is a reflection of his personal mission to improve “people’s everyday lives  [through] technology”. And he wanted to study in the U.S. so that he could contribute to the research and development of autonomous cars and shuttles. He believes that autonomous transportation will provide a better quality of life in densely populated areas, will decrease energy consumption, and will also save lives by decreasing the number of car accidents.

Emilio and Johannes show us how the major you choose is only the starting point on the path towards your bigger goals. And if you’re worried that you’re not sure what you will do with your major—you shouldn’t be! Emilio never imagined that he was going to the U.S. to study physics. But now he is.

Studying in the U.S. can give you the same opportunity to learn to love new subjects and discover a new path. And the best way to learn about what is possible is to share your ideas and doubts about your future with your classmates and professors.

Film is not usually seen on the lists of top majors, so it may be surprising to know that it’s a popular choice for our students.

What’s interesting about film is that you don’t need to go to college to become a great filmmaker. What you need is passion, drive, and determination. But surrounding yourself with other talented people—who share the same interest and goals—is one of the best ways to speed up your learning process and to expose yourself to new opportunities.

And Epro 360 alum, Lina Kraftsoff and Claudius Wick, are following in the footsteps of great directors like James Cameron and Spike Lee:

Pick up a camera. Shoot something. No matter how small, no matter how cheesy, no matter whether your friends and your sister star in it. Put your name on it as director. Now you’re a director. – James Cameron

“Filmmakers like Jim [Jim Jarmusch] and I, the only reason we went to film school was because of the equipment. – Spike Lee

Lina couldn’t wait to move from Düsseldorf to Los Angeles to get her Bachelor’s in Fine Arts (BFA) at Columbia College Hollywood. Even though she was excited to improve her technical skills as a director, her goals have always been much bigger than just getting her degree.

Before coming to Epro she had already spent time working on her first feature film and had a strong interest in psychology. So she plans to use storytelling through film as a way to increase empathy and improve the lack of emotional education available in today’s world.

Another one of our students, Claudius, shares Lina’s passion of using film to make a positive impact. But he didn’t realize it until he spent a year abroad at St. George’s School in Canada. While in Canada, he had the opportunity to produce his own short film and he has never looked back. When he got back to Hanover he wasn’t able to work on his skills at school, so he did it on his own. And after working with us, he is now deciding between Columbia College Hollywood and the University of New Mexico.

Claudius’ final two choices also show that to study film you have several university options to choose from. You can apply for film school at big universities like the University of New Mexico, specialized schools like Columbia College Hollywood, or even community colleges like LA City College. This makes studying film in the U.S. affordable for many budgets.

If you’re interested in studying business, computer science & engineering, or film, Epro 360 can help. But remember that if you still haven’t decided on a major, that’s okay. Your major doesn’t determine your future. It just helps you get one step closer to your goals.

If you want to find out how Epro 360 can help you reach the U.S., get a free consultation call today!

If you want to find out what other majors our students are choosing, be sure to follow us on Instagram!