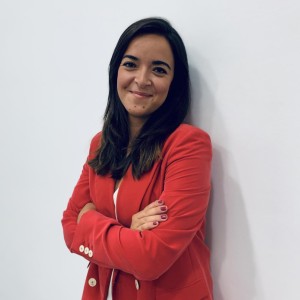 College Vocabulary You Should Know Before Studying in the U.S.

Are you confused by the different terms and expressions used on U.S. university campuses?

The words and expressions in this article are not only interesting but also useful in helping you better understand the U.S. college system.

Each university is unique, but there are sets of words that you can expect to hear on every college campus.

Next, we should get familiar with the term G.P.A. (Grade Point Average). This is the standard grading system in the U.S. and  goes from 0.0 to 4.0, with a 4.0 being the best grade you can get.

But each time you finish a task, your professor will put a letter at the top, that will let you know how you did. The letter grades go from “A” to “F” and usually represent a percentage.

If you’re a detail person, you may have noticed that the letter “E” is missing from the U.S. grading system.

Do you know why?

The answer is simple. In 1897, the letter “E” had the same meaning as the letter “F”, in other words, it was the lowest grade you could possibly get.

But it was easier for parents and students to understand that “F” meant “fail” and prevented them from thinking that “E” could mean “excellent”.

So since the 19th Century, the letter “F” has become the letter that students are afraid of.

Now that you’ve learned the basics, you can learn how to speak like a typical American student.

These are 7 popular idioms commonly used by university students. And after today they’ll be expressions you can start using.

When using this expression, you are telling someone that you have stayed up all night studying or working.

Example: “I’d recommend that you not pull an all-nighter. It ‘s not good for your health.”

Generally used when talking about passing exams, meaning you did really well.

Example: “It was such a hard test. I have no idea how you managed to pass with flying colors.”

Used as a verb, it means you got “A”, in other words a high grade.

Example: “Sometimes I think my teacher is secretly disappointed when we all ace his tests.”

Students use the word “bomb” to describe failure or a complete disaster, including failing a test.

If you want to say hi to a classmate you talk to often in a casual way without calling them by name, dude is the perfect word. It’s generally used between men rather than between women.

If you live on campus, you’ll hear students referring to your resident assistant as an RA. An RA is a student that supervises everything in the campus dorms.

Example: “My RA is really cool.”

If you want to call your roommate something more affectionate, roomie is the perfect word.

Example: “My roomie and I are going to go to the hockey game tonight.”

How many of these expressions did you know?

Did you know that universities also have their own unique expressions?

UNC Greensboro, a university many of our Epro 360 students, like Malena Fuller, have chosen to attend is a great example.

Did you know that the famous UNC Greensboro Jackson Library is known on campus as Club Jackson? This term was first used by Carson Ragland and has now become common among UNCG’s student community.

If you liked this blog, don’t hesitate to leave us a comment.

If you’d like to learn more expressions that are unique and exclusive to different universities in the U.S., visit this link.

If you’d like to learn more about how you can study in the U.S., contact us today!