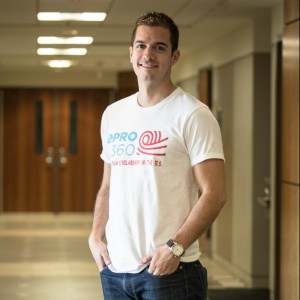 7 Reasons to Study in the U.S. Despite Donald Trump

We know that Donald Trump is all over the news, and to the majority of international students, it doesn’t make the United States look good. We have also noticed a bit of uncertainty among some students who are thinking about studying in the U.S.

If you are thinking of studying abroad we would like to remind you why you should consider the United States as your first option. If you still haven’t decided whether to study outside your home country, we suggest you reconsider because an international education is becoming more important if not a necessity in this current globalized world.

1) Diverse regions to choose from
The country has more than 4,000 universities and if we consider the diverse climates and cultures, the U.S. is a country where, no matter how picky you may be, you have the opportunity to study in a location that fits all your preferences. Do you like mountains, skiing, snow, and small towns where everyone knows each other? Colorado and Montana are states that offer all of this. Do you like the beach, a warm climate, and big cities? States like Florida and California are home to cities that we’re sure you’ve heard of like Miami, Tampa, San Diego, Los Angeles, San Francisco, etc. No matter what you’re looking for, you will find a destination that matches.

2) Flexible university system
How many 18-year-olds actually know what they want to study let alone what they want to do for the rest of their lives? Exactly, very few. You have probably heard of cases in your home country where a student begins studying engineering, for example, and after one or two years they realize that they aren’t passionate about engineering and would rather study architecture. Usually, a student who makes this decision to stop studying engineering and start studying architecture has lost two years–academically speaking–since many of the courses may not be transferable.

The university system in the U.S. offers an advantage by adapting perfectly to these types of situations. You don’t know exactly what you want to study? That’s not a problem because during the first and second year of your bachelor’s degree 100% of the courses you take can be counted towards any other major, regardless of how different they are. This keeps you from losing time, and allows you to start studying without worrying what will happen if you change your mind.

4) Diverse population
The United States has a diverse population with a mix of cultures and ethnicities. Did you know that almost 20% of the population has Hispanic roots? Due to the fact that Americans are used to being around people from diverse backgrounds and that there are a high number of international students (as mentioned above), you should be able to easily immerse yourself in American culture even as an international student. If you are interested in learning more about the trends related to immigration in the U.S., you can find out more here.

5) A prestigious and internationally recognized education
Among the more than 4,000 universities we mentioned above, just a few are known around the world. These universities receive international recognition because every year they rank highly for providing a high quality education (here is an example). Nevertheless, the majority of these 4,000 universities share similar values and methods of teaching. Regardless of how a university is ranked, the prestige of a college degree from a university in the United States is undeniable. We like to use a football analogy when we talk about this point with our students.

Sports teams in individual countries have specific playing styles, team values, etc., that are very similar to each other. Perhaps you are familiar with the Premier League (also known as the English league) one of the best football leagues in the world. Teams in second, third, or fourth division in England usually share values and methods that are similar to those of well-known teams such as, Manchester United, Arsenal, Chelsea, etc. The price for a football ticket to watch Manchester United is much more expensive than a ticket for a third or fourth division team in England; despite the fact that the quality and method of playing are similar on both teams. If you enjoy and follow football, think about how in 2012 Everton was playing in the fifth division (you can find an interesting article about Everton here).

Studying at a top-ranking university in the United States is usually very expensive, but you should ask yourself, as you would if purchasing a Manchester United ticket, is it worth paying the extra cost? American universities that aren’t highly ranked don’t have anything to be envious of famous universities like Harvard and Yale since they, too, offer their students a quality education.

6) Scholarship eligibility
Universities in the U.S., public and private, are relatively more expensive if you compare them to the universities in your home country. There are many reasons for this, one of which is that the cost of studying at a U.S. university includes housing, meals, access to extracurricular activities on the university campus, etc. With all these extra services, it makes sense that the cost of a bachelor’s degree could easily reach $40,000 per year. Luckily, many universities (the majority private) are aware of the benefits of having a diverse campus and offer scholarships to minimize the financial burden of international students.

Academic scholarships, generally, do not cover all your expenses. Usually, you would have to pay the university about $20,000. It is important to remember that this amount covers registration, housing, meal plans, extracurricular activities, etc. Athletic scholarships can cover up to 100% of your expenses if you are an exceptional athlete or at least have a strong athletic record. If you’re interested in learning more about academic scholarships, click here.

7) Opportunity to work in the U.S.
Did you know that international students in the United States are allowed to work while they are studying? Students can work at their university for a maximum of 20 hours per week. Universities usually have many open jobs during the year, so students who are motivated to work should not have a problem finding one. This allows you to receive extra income, of about $3,000-$6,000 per year, depending on the number of hours you work.

The U.S. government also allows all international students who have completed their degree the opportunity to apply for a work permit that lasts at least 12 months. During these 12 months, you would be able to apply for any jobs open to American citizens. Keep in mind that the average salary for a recent college graduate in the U.S. is at least $45,000 per year, so in addition to everything you will be able to add to your CV for this year of work, you will also be able to earn back a large part of the money you invested in your college education.

The above was just a summary of the benefits of earning your degree at a university in the United States. We always recommend that parents and students not lose sight of the big picture due to temporary distractions such as the election of one president over another. The idiosyncrasies of a country, including its strengths and weaknesses, hardly change from one day to another. The United States has been and will continue to be (at least for the next couple of years) the best place to earn your college degree. If you are interested in beginning the process, get in contact with your closest Epro 360 representative today.

Leave us a comment below with any questions or thoughts you have about this article!